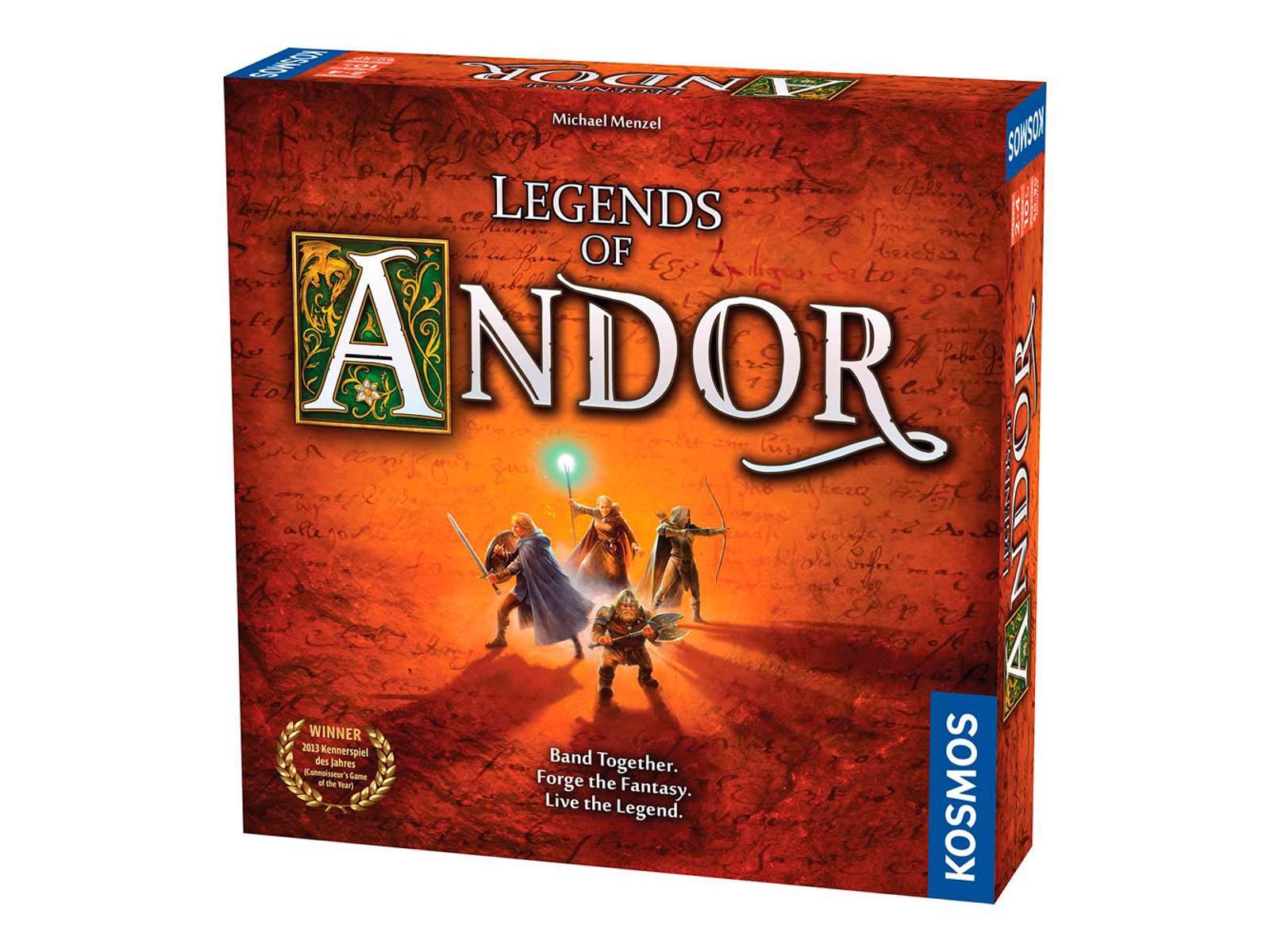 Legends of Andor is a cooperative adventure board game for two to four players in which a band of heroes must work together to defend a fantasy realm from invading hordes. To secure Andor's borders, the heroes will embark on dangerous quests over the course of five unique scenarios (as well as a final scenario created by the players themselves). But as the clever game system keeps creatures on the march toward the castle, the players must balance their priorities carefully.   Anbefalet alder fra 10 år. For 2 - 4 spillere. Spiltid 60 - 90 minutter. Spillet er på engelsk.