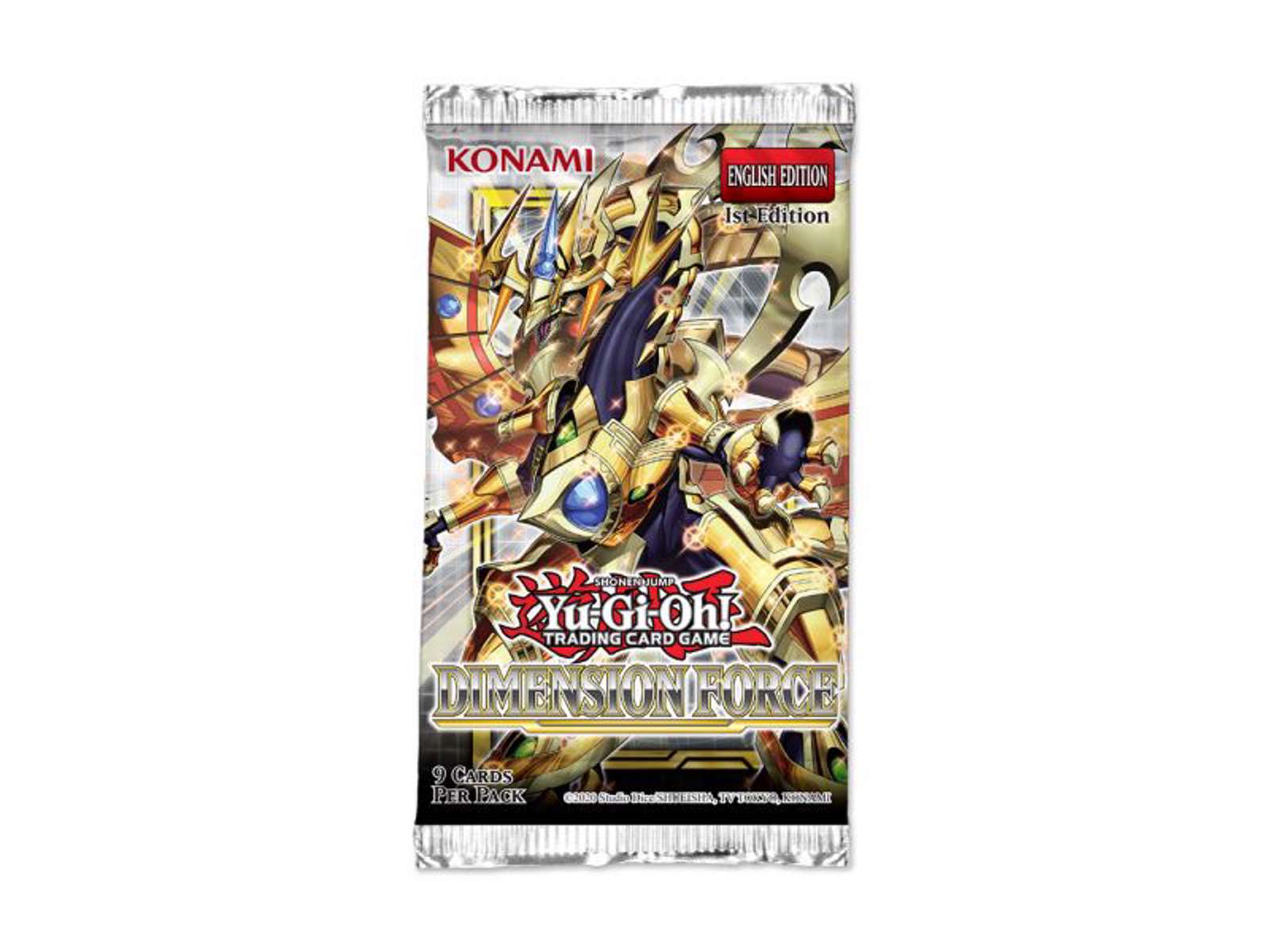 Break down the barriers of reality with Dimension Force, the latest core booster for the Yu-Gi-Oh! TRADING CARD GAME (TCG). This 100-card set includes multiple brand-new themes as well as new cards for older strategies. Fans of Yu-Gi-Oh! ARC-V can swing into action with brand-new “Performapal” cards and a new “Odd-Eyes” monster that’s the first ever Ritual Pendulum Monster! Re-animate strategies from the past with a new “Red-Eyes” Zombie Synchro Monster that can Special Summon other Zombie monsters and even itself from the Graveyard! Dimension Force is full of dynamic cards ready to push the Deck-building possibilities to the limit! Here is just some of what you can expect: