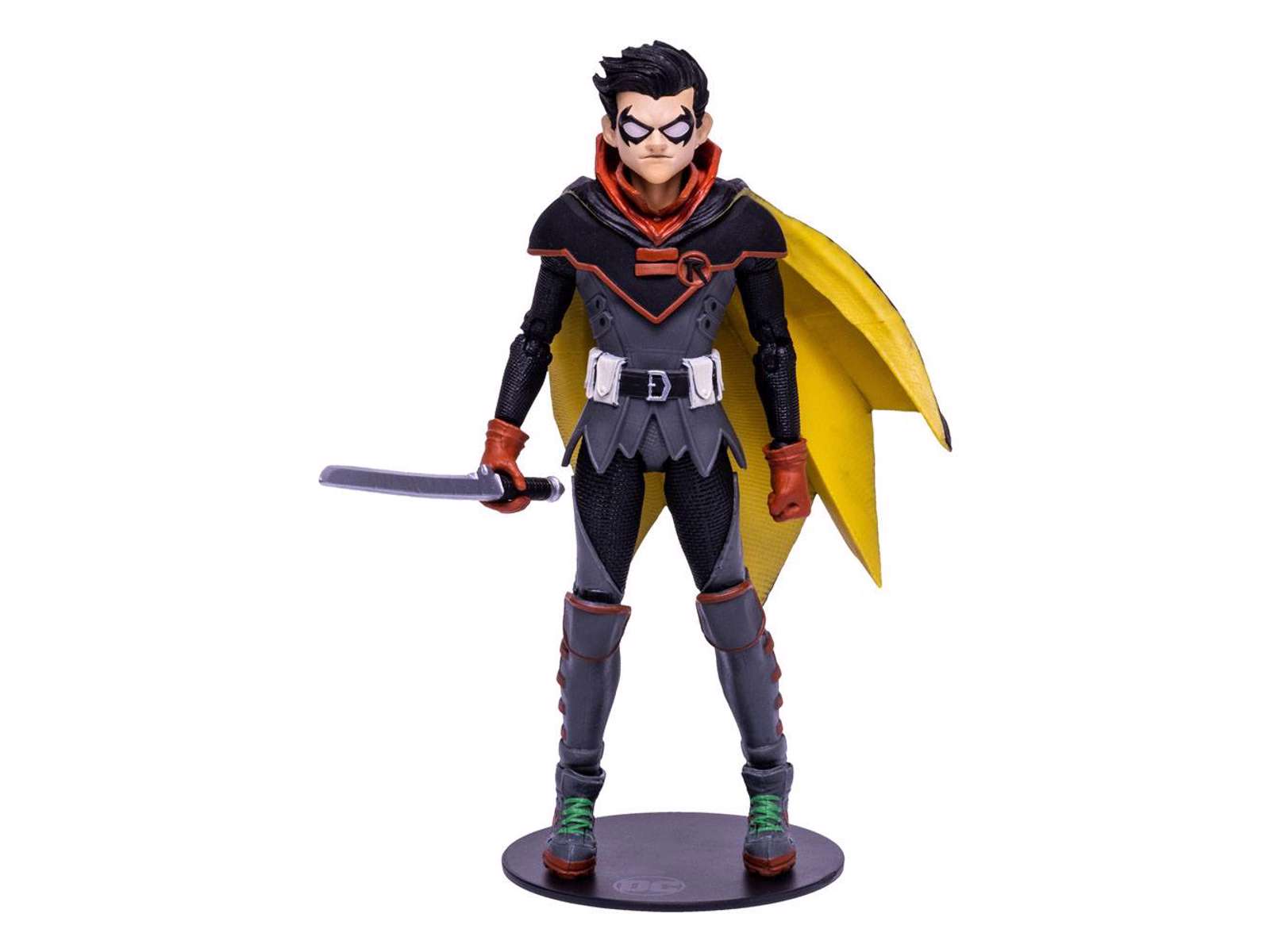 When Batman finds out that he and Talia al Ghul, daughter of Ra's al Ghul, fathered a son, Damian, the Dark Knight takes the young boy under his wing and gives him a new home.

Soon after, Damian Wayne becomes the newest Robin-the Dark Knight's protégé and crime-fighting partner. More than just a sidekick, Robin is an accomplished acrobat, a skilled fighter, and a sharp detective in his own right.

Through rigorous and constant training, Robin maintains his physical edge, which, along with his
knowledge of martial arts, makes him a formidable match for even the most experienced criminals. Like his mentor, Batman, he uses a variety of gadgets and tools to fight crime, but his most powerful weapon is his advanced intellect!

- Incredibly detailed 7" scale figure based off the DC Multiverse
- Designed with Ultra Articulation with up to 22 moving parts for full range of posing and play
- Damian Wayne is featured in his costume from DC Future State
- Damian comes with a sword and a base
- Included collectible art card with figure photography on the front, and character biography on the back
- Collect all McFarlane Toys DC Multiverse Figures