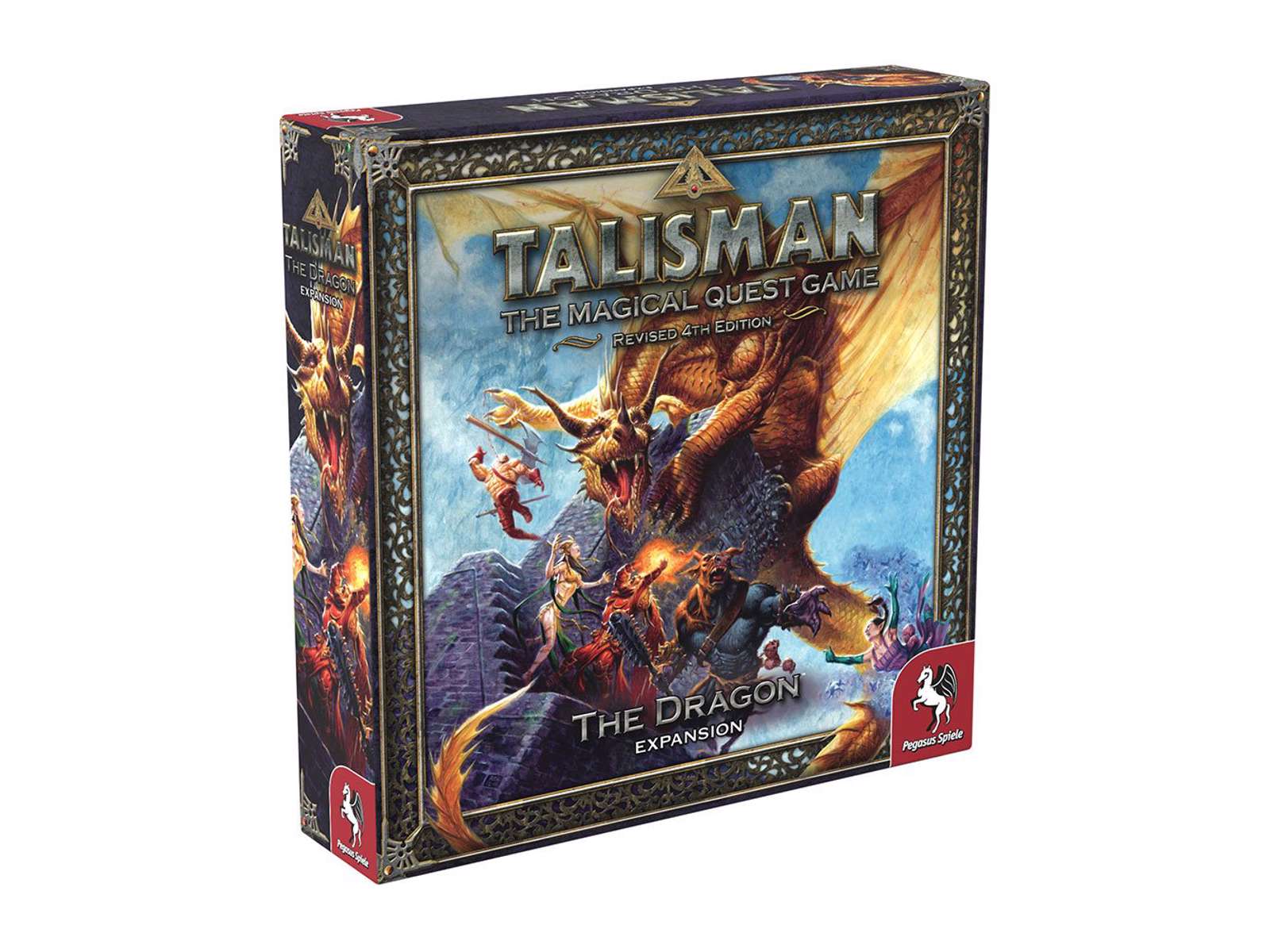 Playing with The Dragon expansion for Talisman, players will encounter even more choices and strategic challenges, including a new, dual-sided Inner Region for their heroes to conquer. The alternate sides allow players to face familiar terrain along a path that requires all new tactics, or to venture into the Dragon Tower, where a hero's every step meets opposition by the Dragon King's minions and leads him ever closer to an ultimate confrontation with the Dragon King, himself. The Dragon brings to life six new characters to confront the draconic challenges that lie ahead. Over 300 new tokens and cards expand the Draconic Lords' influence over the land of Talisman and weave each Draconic Lord's story. New rules pace the increase of the draconic threat, and the heroes' quests become more and more dangerous as the dragons grow stronger. Now, for those brave adventurers who seek the Crown of Command, the quest means more than power and influence. It is a race to save the land from the Dragon King's tyrannical rule. Any hero who dares confront the Dragon King must be prepared for an epic battle!   Anbefalet alder fra 12 år.  For 2 - 6 spillere. Spiltid 90 minutter. Spillet er på engelsk.  Bemærk at dette ikke er et selvstændigt spil.