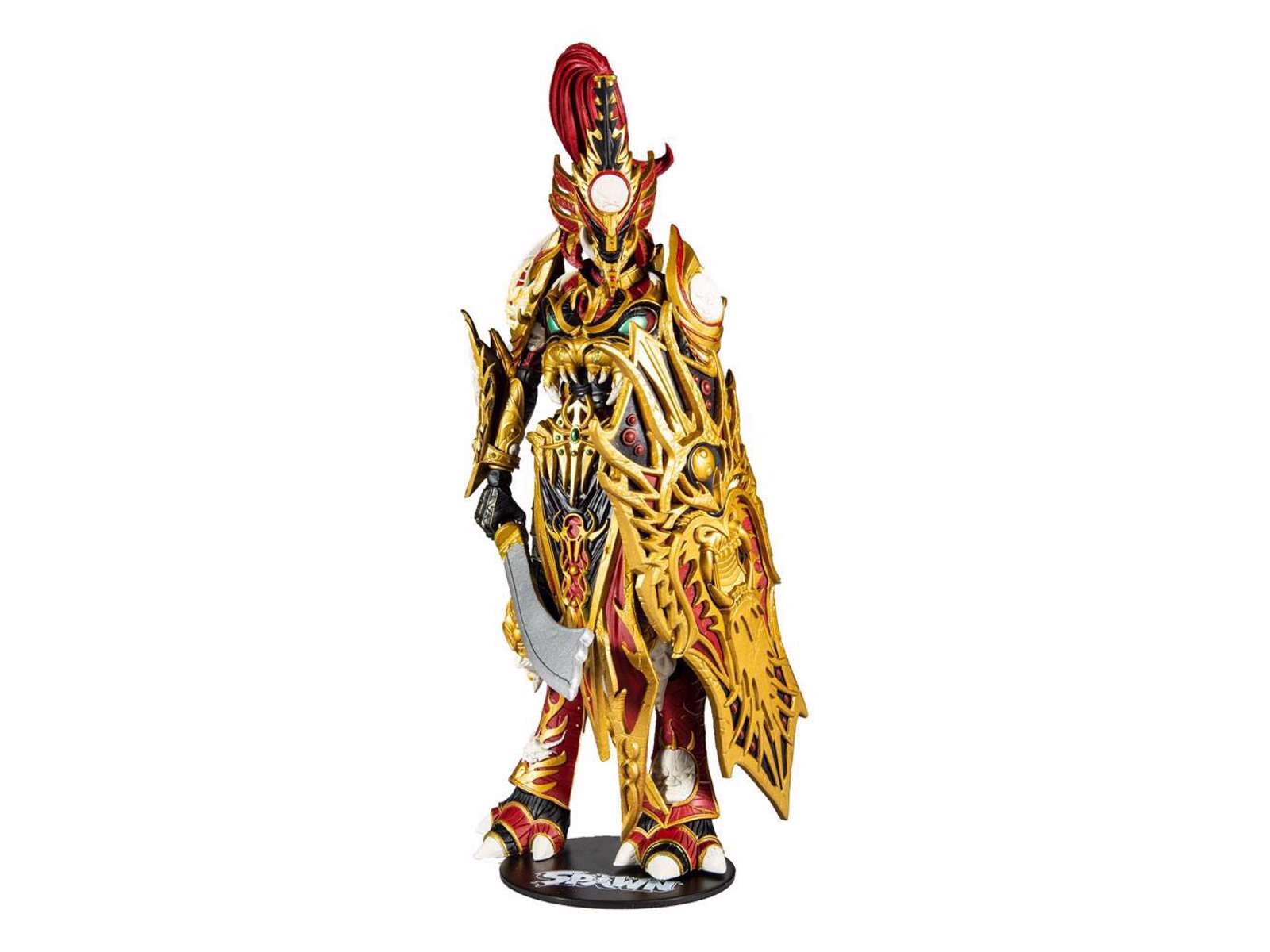 He was master of combat in all forms, until his savage death in a war against an Army of the Undead. Enraged at his defeat, he returns to Earth to gain his revenge as Mandarin Spawn. Where he seeks to do battle ..and test his skills against the greatest Warriors this world can offer...

- Incredibly detailed 7" scale figures based off the Todd McFarlane's Spawn Comic Series.
- Designed with Ultra Articulation with up to 22 moving parts.
- Newly sculpted features such as head armor and accessories.
- Comes with two swords, a lance, a double edged sword, a shield.
- Also includes a Mandarin Spawn Mini Poster, and a base.
- Featured in Spawn themed window boxed packaging
- Collect all McFarlane Toys Spawn Figures